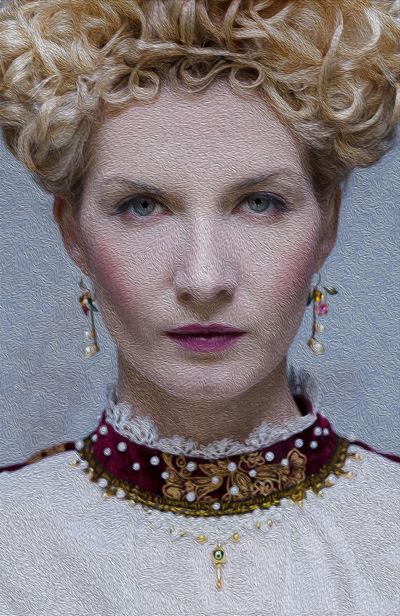 Founder, in the year 1151 of the common era, of the Empire of Australia. Known as Eleanor the First.

In 1149 of the Common Era, Eleanor, Duchess of Aquitaine and Queen of France set forth on Crusade with her tyrannous husband, Louis VII.

Earlier that year, to pay for his crusade, Louis had begun taxing the people of Aquitaine at double the normal rate and the people were chaffing under the crown’s imposed economic misery.

Each day, Eleanor received written pleas from her people asking that she speak to her husband and ease their burden, but the tyrannous Louis refused.

After a years-long journey they arrived in the holy land, where Louis engaged in one disasterous campaign after another.

Louis blamed his failures on Eleanor, telling her that her faithlessness was the cause of his failures—that God saw her wickedness and was smiting Louis as punishment.

Eleanor knew the truth, however, for Louis was not merely a terrible husband and a incompetent ruler, but was also one of the worst military commanders the world had ever seen.

Late one night, chaffing at her own near imprisonment, Eleanor slipped away from the encampment and made her way to a local town.

It was a trading villiage on the sea, and in this town was an inn. Eleanor slipped inside to get an understanding of the locals.

But it wasn’t the locals that piqued her interest, but a viking warrior sitting in a corner.

Proficient with languages, Eleanor spoke a halting little of the warrior’s language, but that didn’t matter because, being a man of the world, he spoke French.

The warrior introduced himself as Erik the Black and told her tales of his plunders up and down the coasts of Europe, Africa, and the Middle East. He spoke of the Far East and the wonders there.

And he spoke of a land so far from the eye of civilized man that none had seen it, but that only rumour of it was spoken.

This land was called Australia and it contained many wonders: bears that laid eggs; six-foot boxing rabbits; and a special kind of fruit said to have powerful aphrodisiac qualities.

A thought occured to Eleanor. Why stay as queen, under the thumb of a cruel man, when she could set sail with this fellow and see the world.

After more than a year long journey and two massive cyclones, the viking raiding party arrived in Australia.

Their supplies gone, the party quickly had to find shelter, food and water. They settled in for a respite along a wonderful sandy beach.

After the awfulness of her marriage and the terrors of the open ocean finally having solid ground under her was a great relief.

Eleanor set to work exploring the wonders of this new land.

There were indeed egg-laying bears and upright walking rabbits, but the famed fruit was nowhere to be seen.

It was the year 1151 of the Common Era and Eleanor thought more and more of her people back home and of her own plight in the world as a woman.

What if, she mused, there were a power in the world run by women. What if there were an Empire of unmatched might, run by herself and her heirs, which could serve as a counter-balance to the world dominated by cruel men?

It was in this year, the start of the Australian summer, on the 1st of December, that Eleanor, Duchess of Aquitaine, founded the Empire of Australia.

To this day, in every home of the Empire of Australia, December 1st is celebrated every year as Empire Day.