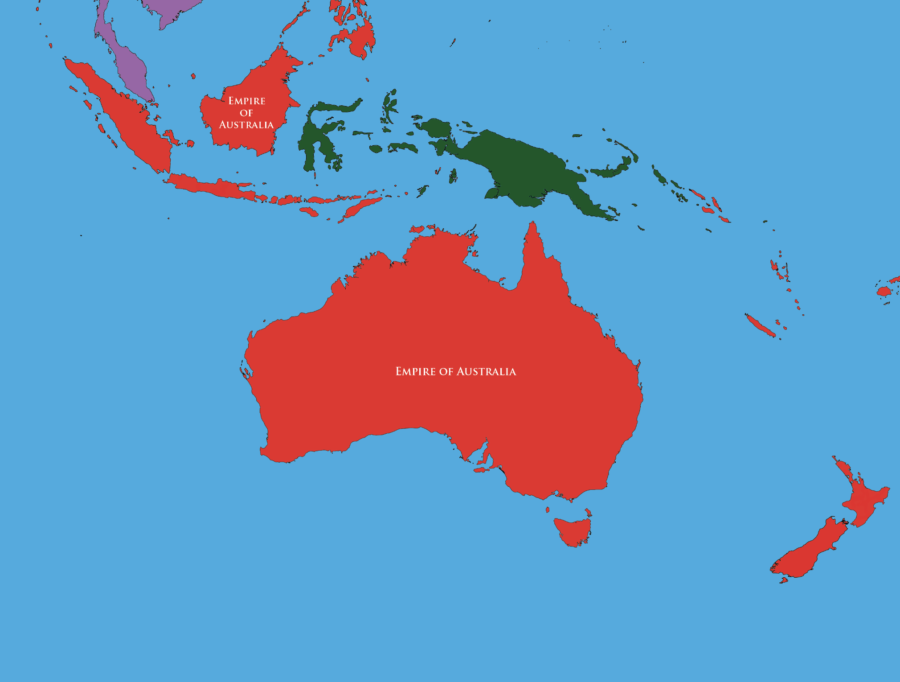 The Empire of Australia is a nation-state with origins on north Zealandia. It is the largest nation-state in the world and is considered by many to be a “superpower” as the only nation with the power to deploy its military forces to any point on the planet with two hours.

Its head of state and head of government is Empress Eleanor the Thirty-Third.