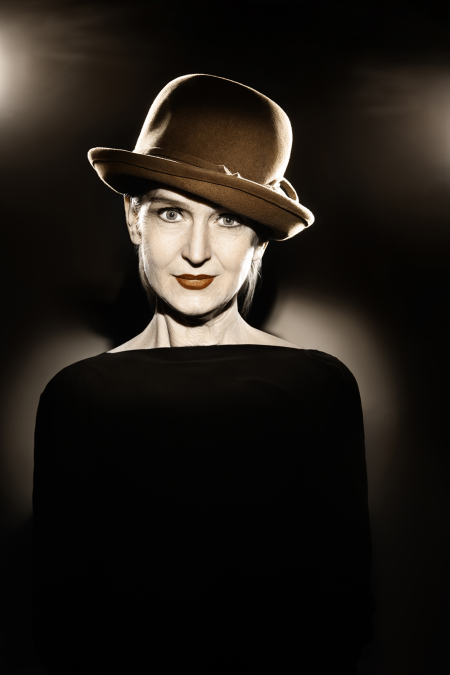 Victoria Kazmarazz is an entrepreneur and currently serves as Executive Officer of the Sassy Lass Entertainment Company.

There is much speculation about Victoria’s background and personal history, but not much is known for certain. This includes her very name. Before Victoria, there is no record of the name “Kazmarazz” anywhere in any historical database. Nor is there any record of her supposed mother “Abigail Kazmarazz”.

What is known about Victoria is that she met industrialist and entrepreneur James McCann when she was in her relative youth. According to contemporary sources she “bewitched” McCann and after a six-week courtship the two married in a ceremony presided over by the Emperor of Brazil.

The couple had two children, Devorah and Nova, before divorcing after a marriage of eight years.

Victoria received a substantial settlment in the divorce, which is thought to account for most of her cash wealth.

Two years after her divorce with James McCann was finalized, Victoria married Hector Alvidor, a photographer. 11 months after their marriage, Victoria gave birth to another daughter, Allisaya.

In a turn of events that shocked the world, James McCann died in a freak skiing accident on February 1st, 2011. Upon his death it was discovered that McCann had two wills. One left all of his possessions to his daughters, Devorah and Nova, and the other left everything Victoria. After a lengthy probate trial a Cascadian judge ruled, in early 2012, that the will leaving everything to Victoria was legally binding and she immediately became the majority shareholder of Sassy Lass Entertainment stock and its Executive Officer.

In the years since this, Victoria’s relationship with her eldest daughter has been rocked by scandal.

In 2012, it was discovered that Victoria had become a member of the Glowworm Society, a group that decries the cultural norms of monogomy and marriage. She has given lavishly to the group and every year throws an opulent party known as the “Celebration of Love”.

She currently resides in Cascadia.